RIDER OF THE MONTH

“It's obviously very special to me to be the March athlete of the month,” said Carier Bergeron. “I feel very honoured and thankful to Equestrian Canada and to Red Scarf Equestrian for their support. I am truly happy with my winter performances and I am also very grateful to my horse for giving me so much. Each ride is a real pleasure with this horse. He has a very good mind and you can always trust him. I can't wait to see what the future holds for us. Finally, I’d like to give a big thank you to my team. None of this would have been possible without help from my parents and my coach Albrecht Heidemann.”

As the Equestrian Canada sponsor of the Dressage Athlete of the Month, Red Scarf Equestrian provides the athlete with a generous gift certificate that can be used towards the purchase of elegant equestrian luggage, travel bags, clothing, home decor and accessories that are all made in Canada.

Find out more about the program by going to: https://www.equestrian.ca/sport/dressage/awards 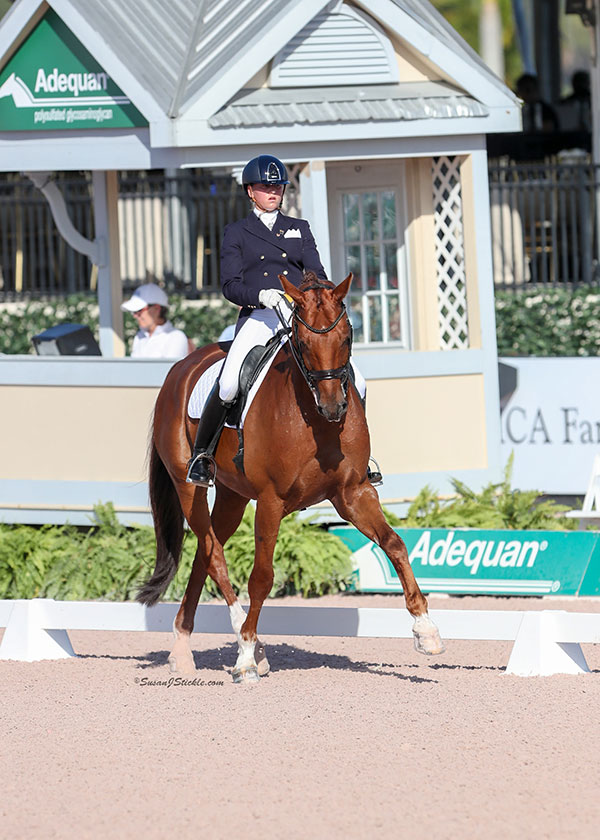